This is the story of a mountain-packraftineering trip that Bruce Farmer and I recently completed in Southwest Greenland. We used packrafts to cross many fjords and climbed across mountain ranges on a great journey from the region of Prins Christian Sund to Narsarsuaq. I have not shown our route as I don't want to encourage others to try a very difficult route with the potential for disaster. I acknowledge the preliminary research of Willem Vandoorne who completed this route in 2013. 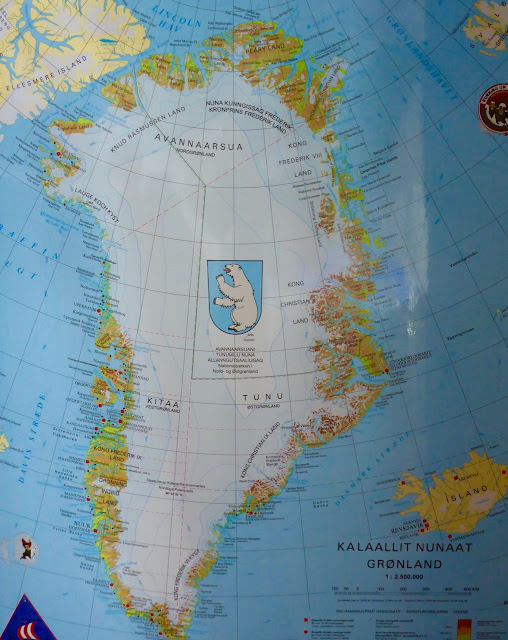 On 11th July we flew from Copenhagen to Kangerlussuaq and next day on to Nuuk, Narsarsuaq and Nanortalik. 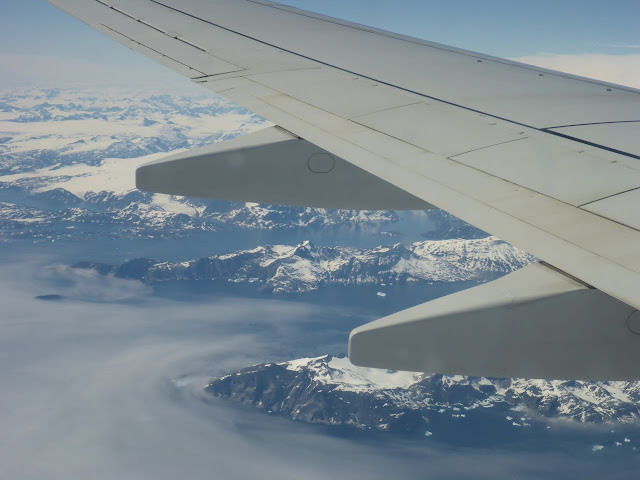 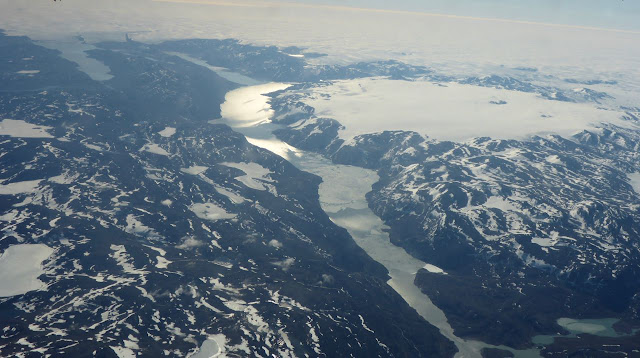 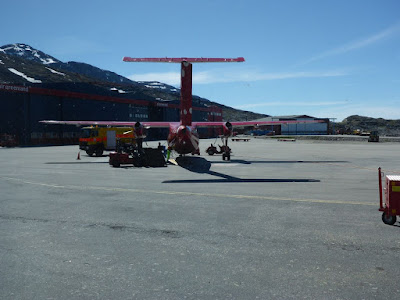 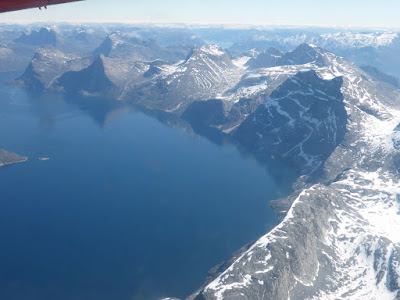 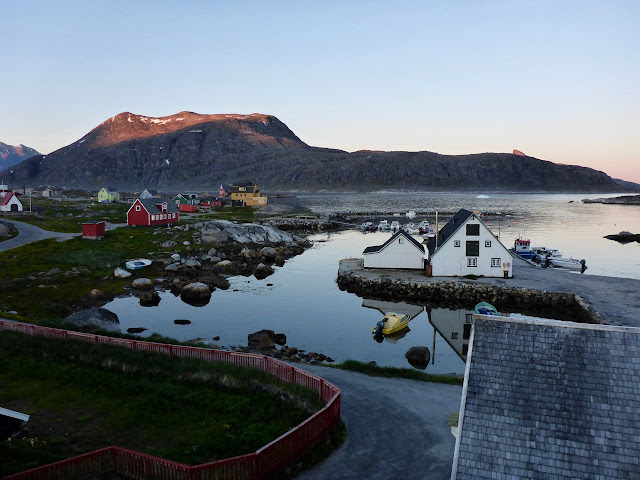 In Nanortalik we were met by my friend Niels Jepsen and stayed in his cottage by the sea. Next day we got a boat transfer to Tasiusaq, a village half way up Tasermiut Fjord. From there we made our way to Qeqertea island on Tasersuaq Lake where we camped. 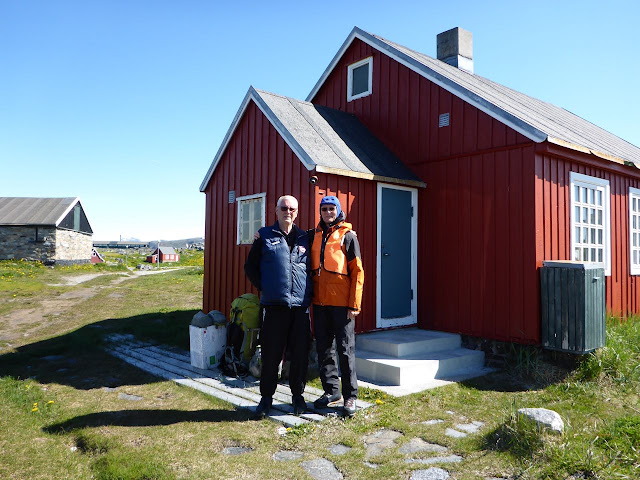 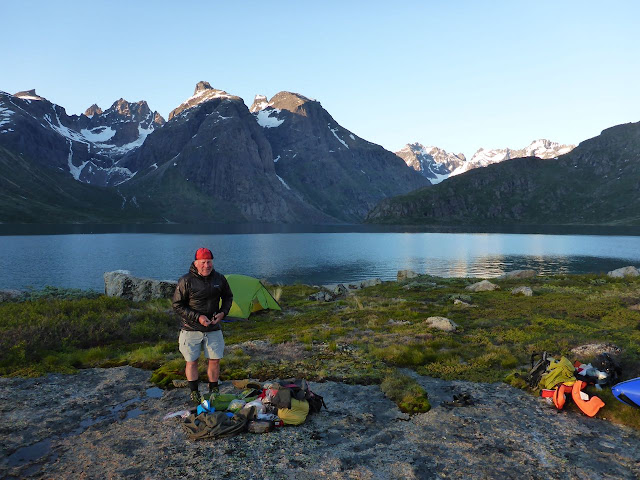 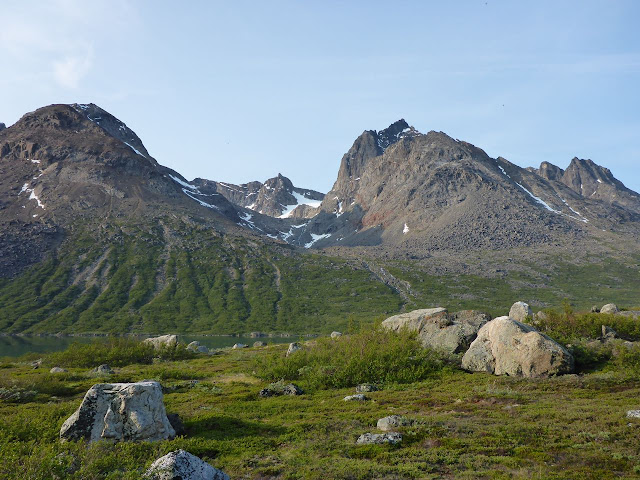 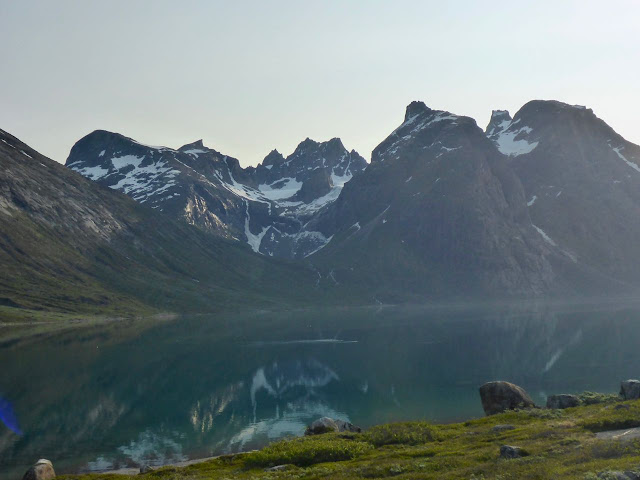 We had a comfortable night and woke up at 5.00 am to a windless, glassy-still lake and some high altostratus cloud. We got ourselves organised and set off for a 2-hour paddle to Qingeq Kujalleg Valley.  This valley system leads over a 418m pass to Kangerluk Fjord close to Prins Christian Sund. That evening we camped under a huge over-hanging rock by the moraine wall on the other side of the pass. It was a delightful location, complemented by the resplendent, pink flowers of Moss Campion and the white ice of the nearby glacier. 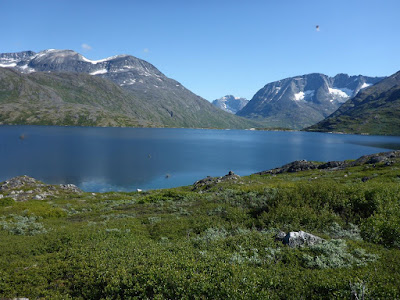 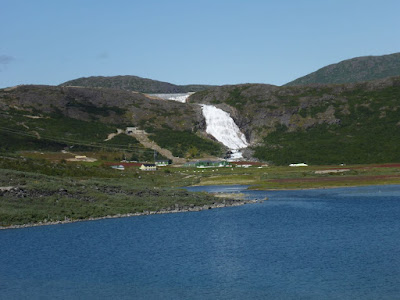 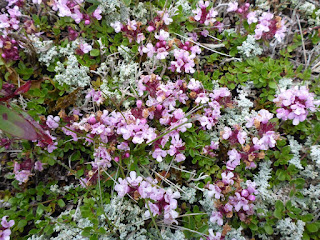