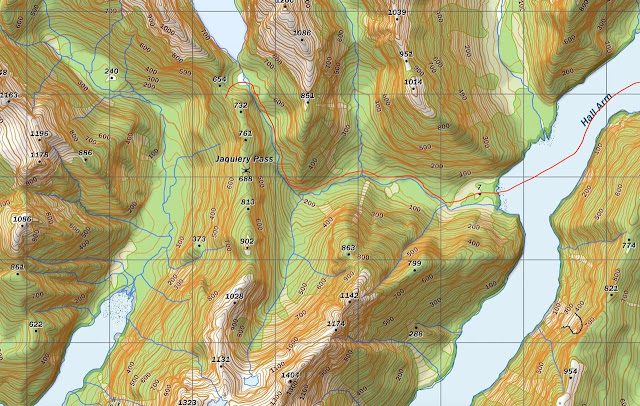 In February 2006, Simon and I paddled up Vancouver Arm of Breaksea Sound to camp near the tidal flats, leading to the Jaquiery Pass, our intended route. We found that the valley floor was covered in a dense podocarp forest of Pungas, Coprosma, Vines, Crown Ferns and fallen, rotten trees. Too early, we left the valley floor for a rockfall on the right-hand side. Higher up, we planned to sidle leftwards to a slip where we thought there might be deer trails heading over the Jaquiery Pass to Hall Arm. However, the going was very steep, and it proved impossible to sidle the face. The going deteriorated into a vertical, vegetated grovel up mossy cliffs, and fallen rotten trees carrying our massive packs and inflatable boat. At 330m we could progress no further, being blocked with a vertical bare rock. After a bewildered look at Simon, and muttering deprecations, we started down to try plan B.

Fast forward to July 2020 and our conservation trip to Deep Cove. The plan was to work on our trap lines for 5-6 days and if the weather held to run a reconnaissance from Hall Arm to the Jaquiery. I had intended to flag a route in preparation for a major effort south this coming summer and the crux was the passage to Vancouver Arm.

There were four of us from our trapping team: Sally, David, Gavin, and me. Bob who was the relief caretaker at the hostel, along with Bronwyn, his trainee/assistant, launched the boat and took us on a sunny morning down Deep Cove past Pridham Point into Hall Arm. Bob is a great character and has an encyclopaedic knowledge of the area. Ahead of us was the sentinel Commander Peak and he told me about a fisherman friend who once noticed 2 dots on its summit and looking back at me said “and who do you think they were? “. “Tara and Keith” I replied. Yes, I heard about it – south ridge, a desperate leap on a vertical step to grab a root and a pull-up. 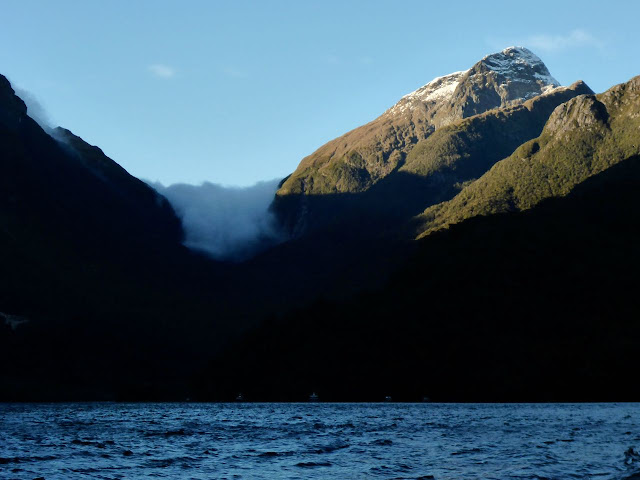 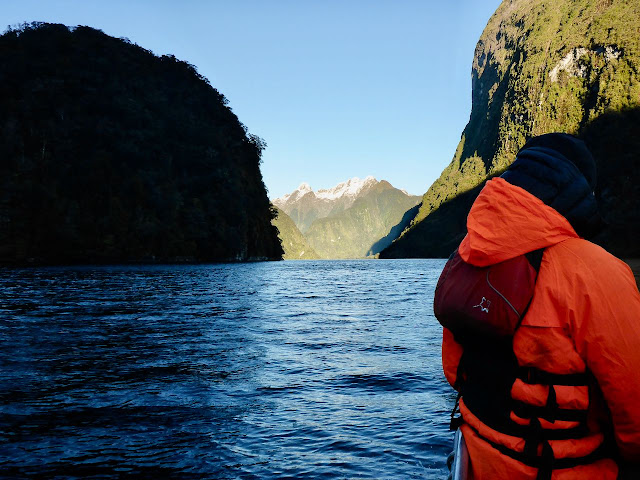 Near the top of Hall Arm, Bob slowed the boat and drifted in towards some rushes in shallow water. Then it over the side into cold water to wade ashore into the damp, frigid bush. With a roar, Bob disappeared back down the sound leaving us in quiet contemplation. We pulled out our packrafts and left them in plastic bags in the bush, then loaded up and set off on ubiquitous deer trails heading up the valley. The bush was quite dense in places and cold as no sunlight entered this deep U-shaped valley, shaded by the surrounding high mountains. About 2 kilometres in, we crossed a large tributary coming in on the TL. Here the valley starts to climb more steeply and the terrain becomes more difficult with tall crown ferns, rotten logs and concealed holes.

We started flagging our route. Ahead was a steep spur coming down from the TL and the valley curves around this in a northerly direction. We climbed some cliff lines and found some open slabby leads, which was a relief. This led to a level section but it was very slow going. Somewhere ahead at around 500m altitude and 4 pm, we stumbled on a small open space with enough room to pitch our 3 tents. It was dark at about 5.30 pm and too cold to hang around so it was into the tents for a very long night. During the night we were woken by two Kiwi calls, loud and piercing, nearby.

Around 7 am, I jumped up and fired up the stove for a hot drink for Sally and Gavin. Shortly after 8 am, we were off climbing up to the next level where it was a bit more open. This led to a partially frozen lake surrounded by frosted tussock and bog. We initially tried to get around the TL but this led nowhere, so then it was back to the mouth of the lake where we crossed to the TR. About 160 m above, the pass bathed in life-enriching sunlight. Leaving our packs, we moved swiftly up through the bush to arrive on the scrubby saddle. The view was very restricted, though we could identify Vancouver Arm far below us. It looked easy enough down the next 200m or so of bush through the scrubby forest but beyond this there was no view down to the valley floor. It just seemed to be a herculean struggle to head down this to check out the route so I suggested, we hope for the best next time and retreat. 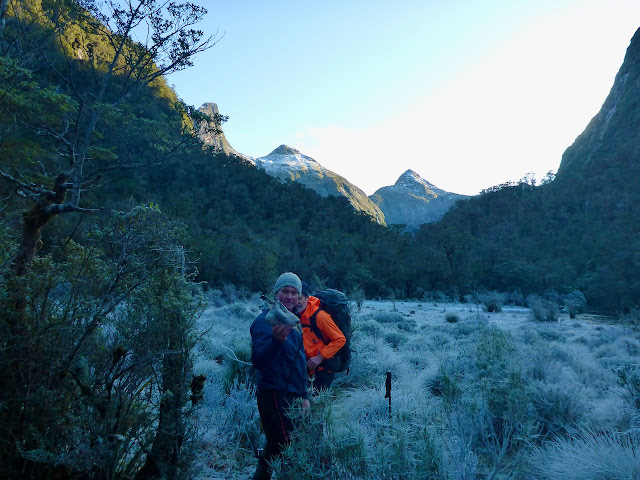 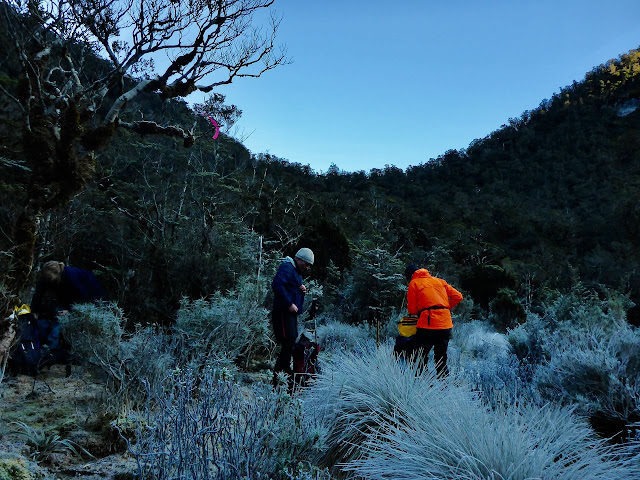 Then it was back to the packs and off down the valley following our flagging tape. This went mostly well and around 4 pm, we were close to the large tributary on the TL at about 120m. David suggested that we cross the river to a level bushy area on the other side. This was a prescient thought as we immediately found enough open areas to camp again. 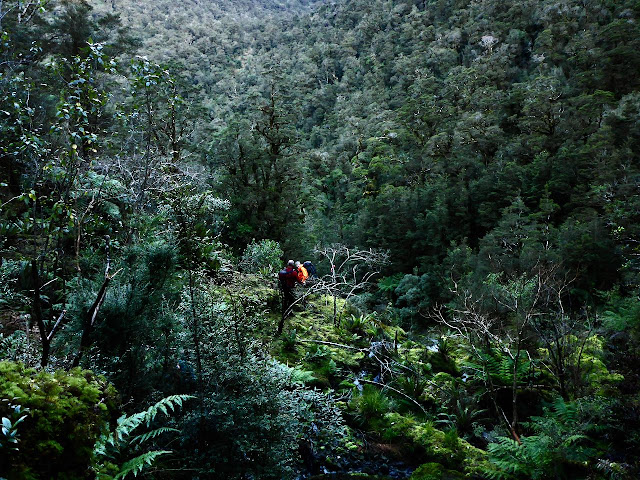 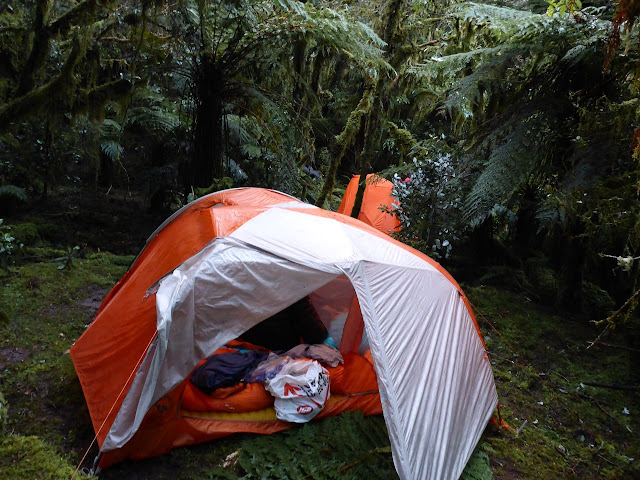 On our last day, we reached the sea in 2 hours, launched our packrafts onto a wind still fjord, paddled through rafts of thin sea ice, reached the long-sought sun, and in harmony and good fellowship, paddled back the 8 km to Deep Cove. Hopefully, there will be a sequel to this adventure next summer. 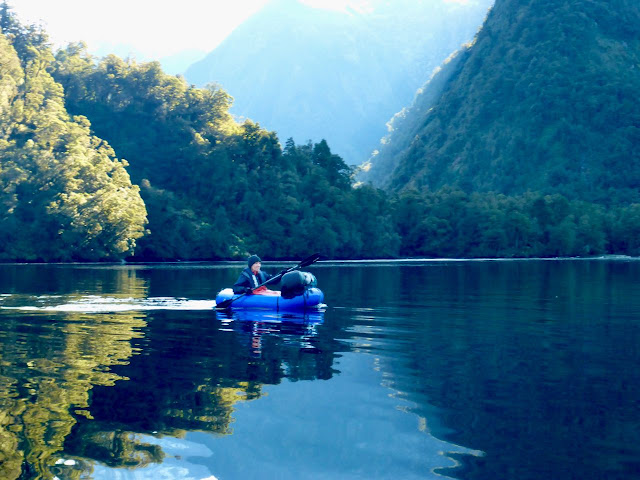 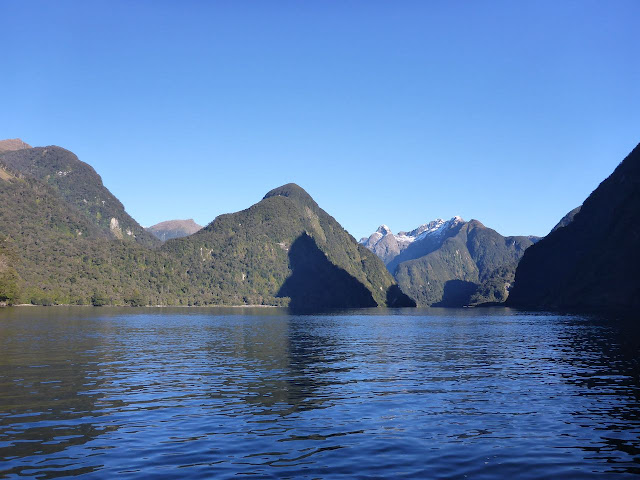 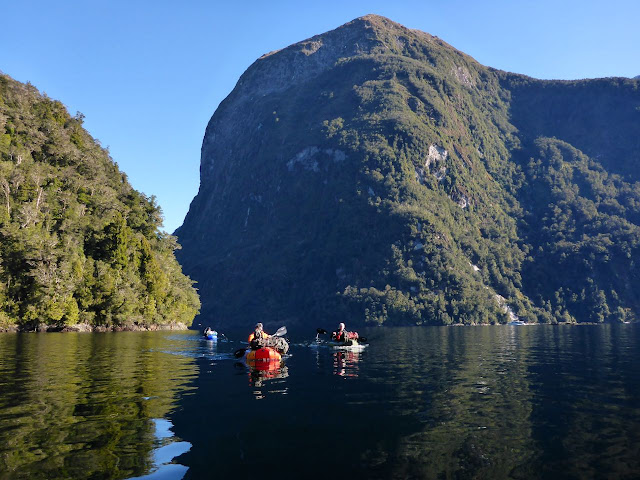 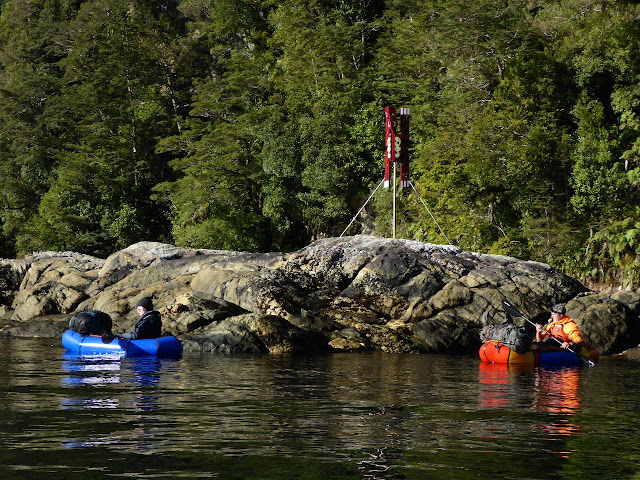 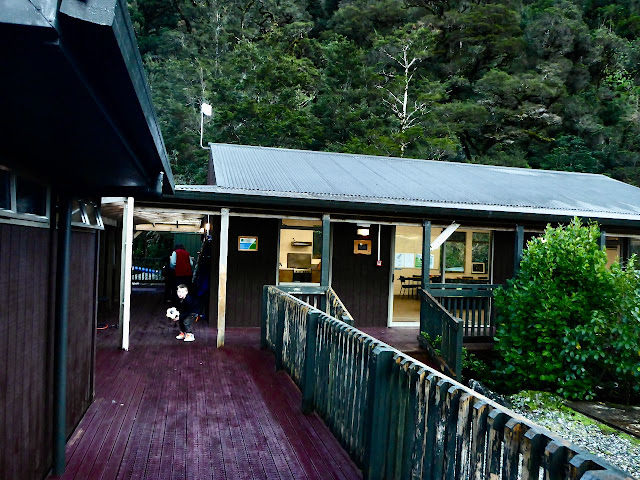 Acknowledgment: My gratitude to Sally, David, and Gavin for joining me on this wee trip and to Alastair, Fleur, and John for continuing the conservation work over in Deep Cove in our absence.